It was my very first time in Hokkaido and I really like that place. Sapporo is probably the most boring part but other areas has their own unique charm. Hakodate is the city nearest to Honshu Japan and the place is lovely. It has some western influence due to its history and many foreign buildings still exist.

“The harbor of Hakodate was one of the first to be opened to foreign trade in 1854 after Japan’s era of isolation had come to an end. As a result, many traders from Russia, China and Western countries moved to Hakodate. Motomachi, at the foot of Mount Hakodate, became a district favored among the new foreign residents.

Many foreign looking buildings remain in the area today. Among the most famous are the Russian Orthodox Church, the Old British Consulate, the Chinese Memorial Hall, the prefectural government’s former branch office building and the old Hakodate Public Hall.” 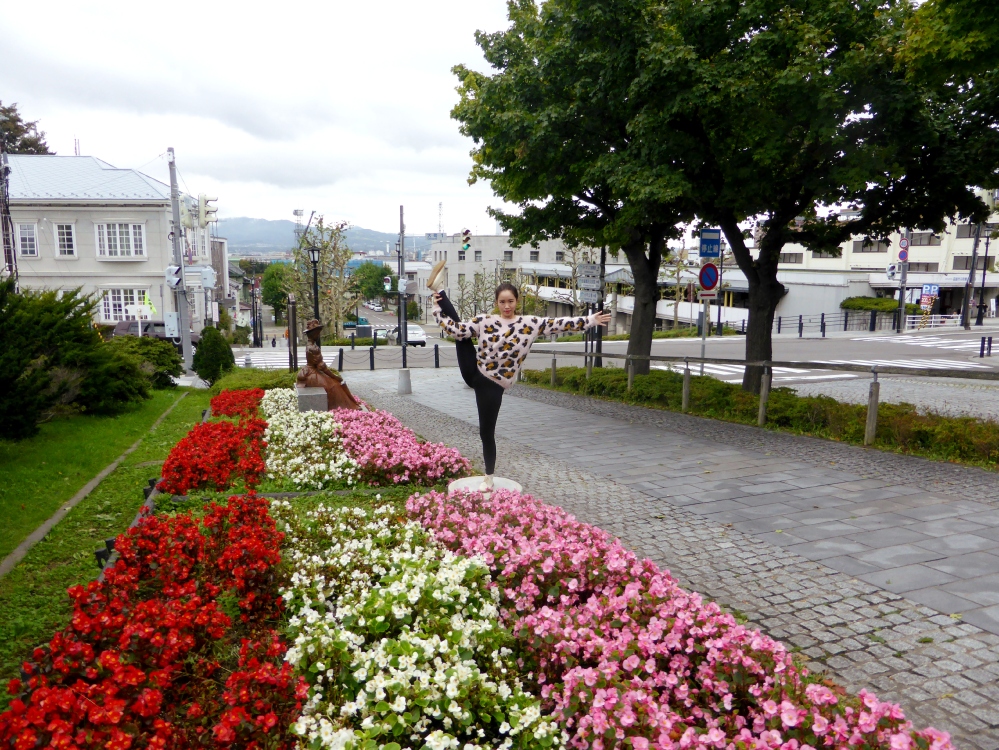 #StopDropAndYoga on the slopes of Motomachi.

Another area which I really liked was Lake Toya. It was amazing. The lake was beautiful, they had a super good 3 Michelin Star restaurant with the best view, super delicious gelato and soft serve from a boutique farm on a hill and a cluster of fruit farms for fruit picking.